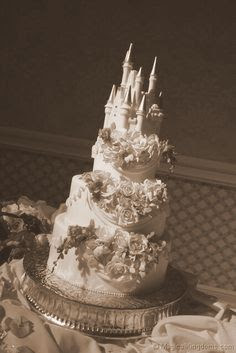 
Would the others come for it?

Kara contemplated the stale piece of wedding cake in her hand and wondered.

Perhaps if they knew she had it they would. If someone had seen her take it that night. That was a distinct possibility but then again, most of those people were dead already.

She shook her head. No, she mustn’t think like that. Mason could still be alive, was probably still alive.

Kara recalled those first hours after the shaking began and the building around them crumbled. Most of the people had eaten dinner already, the bridal party and the two family tables for sure, maybe even one of the other tables as well. She couldn't be sure now.

The rest of the food from the reception had been carefully rationed out to each person that remained, enough to last several days they thought. They weren't really worried about it lasting any longer than that, they foolishly believed someone would be coming for them long before it was gone.

And there had been sounds that first night into the following day. Denise, her matron-of-honor, thought she heard someone yelling the next evening as well but there had been nothing since.

How bad had the earthquake been? Is it possible rescuers couldn't get to them and had left them all to die a slow death in this dark grave?

Eight days they had been trapped in here and the last piece of wedding cake was sitting in her hand. Probably the last of the food. She could make it last two or three days if she was careful, if no one saw her eating it and took it from her.

Kara heard raised voices coming from the other room, someone was talking about eating the dead again.

She glimpsed at the cake in her hand and smirked. "Let them eat the dead, I'll eat cake."

Marie Antoinette would be proud.